Active travel can speed up our economic recovery

Julian Pearce is an Account Director at Social.
Back to News & Blog

As thoughts rightly turn to recovery, the term ‘active travel’ has emerged as an apparent panacea to business. Whilst making changes to the workplace can be relatively straightforward for many – and having a physical workplace will remain crucial for the majority of firms – the commute can be an altogether more vexing issue.

Concerns around public transport, with some estimates suggesting that trains would need to run as low as 15% of capacity in order to maintain appropriate social distancing, are writ large across the minds of many employers and employees. Anyone who has endured a rush hour commute on the Wharfedale line into Leeds, or the morning crush on the way into Bradford or Sheffield, will know that social distancing on our current infrastructure is pure fantasy.

Many workers will understandably be nervous about returning to public transport, in the short term at least. This is likely to drive those who are able, back onto the roads and back into cars – one of the most inefficient forms of transport from a time, space, money and environmental point of view. Realistically, this could result in gridlock for many of the region’s towns and cities.

Transport policy has refocused efforts to an extent over recent years onto public transport and active forms of travel, but perhaps now is the time to make active travel functional, rather than aspirational. The goalposts have shifted, and in order to ensure we return to a level of normality and national profitability as soon as is practicable, we must act together.

I have cycled into work for years, as have many of my friends who work in Leeds. I personally cycle the eight miles into the City Centre because it’s by far the fastest way to make the journey, and it allows me to make good use of my time – combining my commute with daily exercise.

However, we must respect that everyone’s choices for the way they travel are particular to them. Someone travelling between Harrogate and York might have, for environmental reasons, swapped their car for a train in the past. Just as legitimate a shift, might have been someone deciding to drive the distance between Castleford and Wakefield due to convenience.

One of the heartening things about lockdown, has been the value placed by individuals on their physical wellbeing. The transport minister Grant Shapps has talked of the numbers cycling rising by hundreds of percentage points, and anecdotally speaking, I’ve seen many more people biking on the canal towpaths, on bridleways, through the local woods, or, indeed, on the roads.

Contrasting this with my usual commute into the city centre, what has struck me the most is the ‘normality’ of it all. I work in a large building in Leeds, and most ‘cyclists’ who do the same, are just that – cyclists. They conform to the usual stereotypes, rightly or wrongly, high-vis jackets, helmets and, often, lycra. 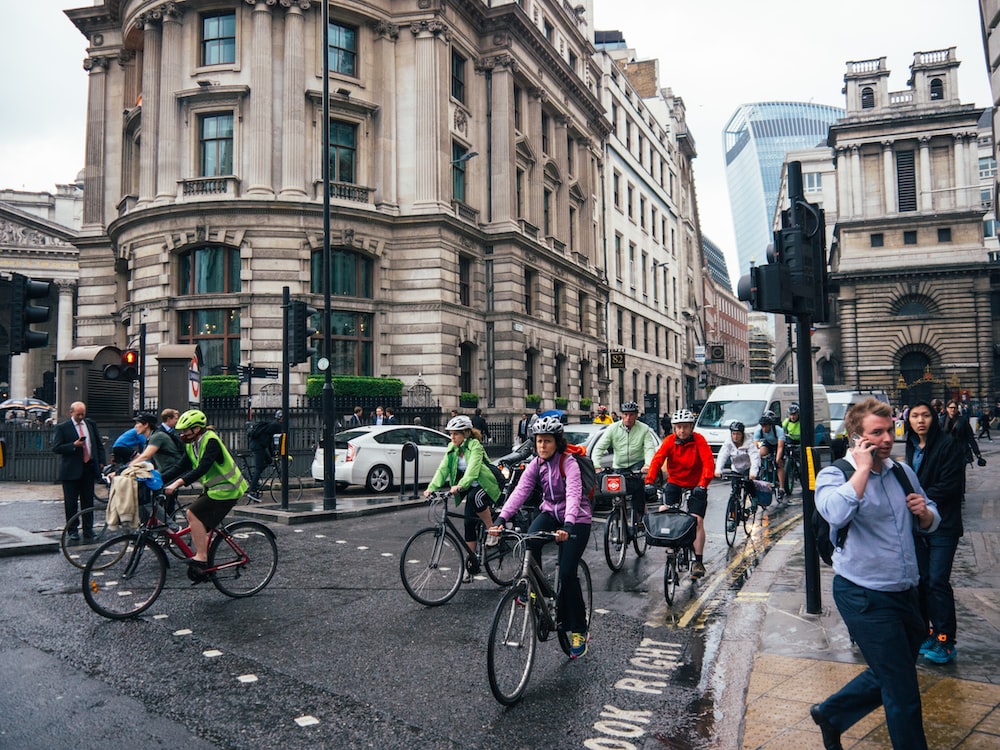 If you look at many other European cities, people on bikes come in all shapes, sizes and styles. It’s merely a way to get about and one that is being recognised by the most forward-thinking experts in our region (architecture and built environment firms must come in for particular praise – and they should know).

If some good can come of the current situation, it must be that walking, jogging and cycling become seen as a more functional activity: a means to an end.

If we can embrace and celebrate some of those who have newly taken up cycling, walking or running, we can combat the issues we’re likely to face with public transport. It won’t be an option for everyone, but it will help alleviate the inevitable pressure on roads and rail.

In order for this to happen, employers and landlords need to support by providing flexibility and facilities. Councils and other bodies need to help in delivering appropriate infrastructure. And we all need to be more accepting and respectful of one another, whatever form of transport we choose.

Many of our towns and cities are relatively compact, which works to our advantage. Rather than that three-mile drive into work, could some feasibly jog or walk that? Could an individual swap their five-mile bus journey for a leisurely bike ride?

If this situation acts as a catalyst, the shift must be supported by policymakers. In France, the government has just launched a E20m scheme whereby citizens are encouraged to get on their bike with a E50 grant for repairs, training or storage.

Rather than retrofitting outdated infrastructure – think outside of the box and do something that actively encourages participation.

Active travel must not only be seen as convenient and healthy, but also preferable in a way that will last. A lot has been made of ‘the new normal’ but cycling, walking or jogging will never be ‘normal’ until it is more convenient than the alternatives.

How communications can keep construction delays to a minimum

Mental Health Matters: #BeKind to Yourself

Cure the lockdown blues with a little creativity

Time to reflect and stay positive

We’re all in this together

Let's talk about what we can deliver for you

We were hugely impressed by how Social ‘got us’ and understood the complex environment in which we work.